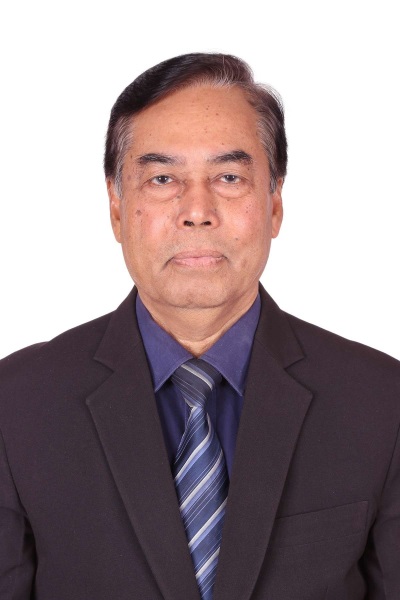 Prof. Dr. Md. Amin Uddin Mridha obtained his  Ph.D. degree in 1983 from a distinguished World Ranking University, The University of London and he was also offered Diploma Membership of Imperial College (DIC) because he studied for his degree in The Imperial College of Science and Technology, London another Top Ranking (2nd ) Educational Institute.  Dr. Mridha obtained his M.Sc. Ag. (first class first position) from Bangladesh Agricultural University (BAU)  in 1975 and B.Sc. Hons. (first class ninth position) in 1972. He received his higher secondary (equivalent) certificate from BAU and secondary school certificate in 1967 from Rajbari Govt High School.

Dr. Md. Amin Uddin Mridha served as Professor in the Plant Production Department, King Saud University, Saudi Arabia  from 2011-2016 after retirement from the University of Chittagong in 2011. He was selected as professor in 1992 at the age of only 40 years in the Department of Botany , Chittagong University and he has offered selection grate professor in 1998 in the same Department. Dr. Mridha served as Associate Professor from 1985 -1992, and assistant professor from 1980-1985 and as lectures from 1975-1980 in the same Department. He was the founder Vice Chancellor, Pabna University of Science and Technology from 2008-2009. Dr. Mridha performed the responsibility of designated Vice Chancellor of Bestway University in 2010-2011.